This week’s Top Ten Tuesday topic is all that is shiny and new on the to-be-read pile this spring. My spring to-read pile is looking more like a mountain, but that’s hardly new. This time of year inevitably gets a little crazy, so I’m trying to be realistic about what I’m going to read in the next three weeks – and this is the result. (Hint: it’s still not entirely realistic.) It’s funny how even cutting down this list to books that I’m desperate to read doesn’t make it that much shorter…

The Vegetarian by Han Kang

This bad boy just came in at the library and I cannot wait cannot wait cannot wait to crack it open. I originally stuck this one on my list in January because it looks like an absolutely bang-up premise: protagonist has violent, carnivorous nightmares and becomes unable to eat meat. This move to vegetarianism has larger, sinister connotations in the eyes of her community – and real life becomes as unsettling and anxious as a bad dream. I know this one’s going to be read by the end of the month because I only get it on library loan for two weeks – and then I have to go back on the hold list. No thank you!

The High Mountains of Portugal by Yann Martel

This is another one that originally appeared on my anticipated releases list way back in January, and again, it’s finally on my shelf and waiting to be read. I’ll say now exactly what I said then, which is that this novel follows a centuries-old quest, an ancient artifact, and a Canadian ambassador and his chimpanzee. I don’t know how those things go together but I can’t wait to find out? I’ve heard surprisingly mixed reviews of this one – people seem to either love it or hate it – so I’m curious and a tad concerned to see how it turns out.

This is the book I’m going to pick up pretty much as soon as I finish typing this blog post, and that’s because it’s a Canada Reads contender. I have tickets to see Canada Reads in six days and I’ve read three of the five finalists. Will I die before I make it? Solid maybe. But at least I’ll die happy. My current favourite dark horse to win the competition is Minister Without Portfolio, but I’ve heard really, really good things about Bone & Bread. Two sisters, both alike in dignity, in a fair Montreal bagel shop where we lay our scene; both struggle to connect to their cultural heritage, one is quiet and shy and the other gets pregnant as a teenager. Family: tying people together and simultaneously tearing them apart since the dawn of time.

Player One, or, What is to Become of Us? by Douglas Coupland

This is the next one I’ll be tackling in my Master’s thesis, which discusses apocalypse in CanLit. Since this novel is about a group of people weathering cataclysmic, world-ending disaster in an airport bar, it fits into that niche pretty neatly. I haven’t read this novel since it was first published, so I’m interested to see what I think of it the second time around. (Which also means it’s a dead ringer for the Re-Read Challenge, which I am devastatingly behind on.)

Why Hasn’t Everything Already Disappeared? by Jean Baudrillard

Because why not shake things up with a little heavy-duty philosophical mumbo-jumbo? I love Baudrillard as much as the next person, and I remember finding this particular volume surprisingly interesting and readable when I picked it up in my undergrad. But also it’s hardly something you’d want to pick up as light reading before bed, which is when I get most of my reading done. That means a few dedicated waking hours of pure, unadulterated Baudrillard. Joy. The things I do for this degree, I’m telling you.

Assuming the universe smiles on me and I get through that fat stack, don’t worry – I have books on the bench just waiting for their time to shine:

After reading about soucouyants in André Alexis’ short stories, I kind of want to revisit David Chariandy’s Soucouyant. How do these blood-sucking, Trinidadian creatures become reflected and reconsidered in CanLit as metaphors for nationality, family, memory? Then I really want to pick up some of Jen Sookfong Lee’s work, because she’s currently the writer in residence at my old Alma Mater in B.C. – and she seems like a super cool person. Finally, I can never resist myself around Murakami, and I just scored a four-dollar edition of Dance Dance Dance at the local thrift store. This novel apparently fits somewhere after his “trilogy of the rat,” which is Wind, Pinball, and A Wild Sheep Chase. I’ve read and loved all of those, so I’m eager to jump back into his gritty underground world and read more.

How about you? What’s on your TBR for the spring?

7 thoughts on “Top Ten Tuesday: The blossoming TBR of spring” 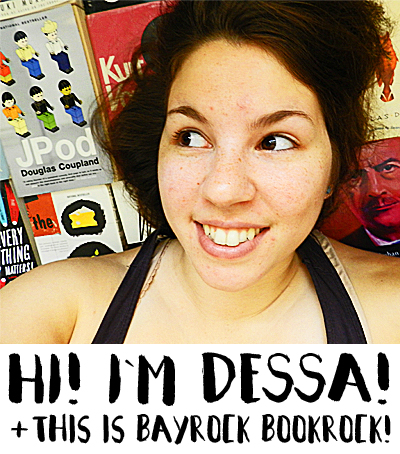 I'm a grad student, an English nerd, and a Canadian literature carnivore. I review books of the last decade and celebrate everything gorgeous and weird in book covers. Don't be a stranger! Pop over to the about page if you want to contact me or want to suggest a book. And thanks for dropping by!